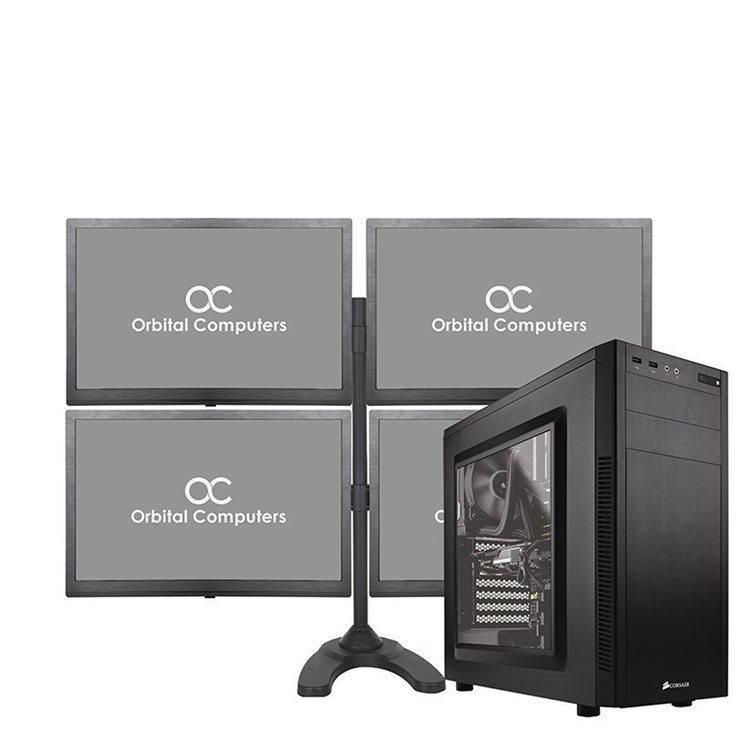 Over the past few years, we have noticed that most feature-rich trading platforms have started to use more and more system RAM. In order to generate charts and update stock/futures/forex/options price quotes, your PC pulls a tremendous amount of data from the data provider – usually on a second-by-second basis. That data comes in over your internet connection, gets temporarily stored on the Random Access Memory modules (aka RAM) and then processed by the CPU and video card into visible charts, indicators, and basically any number or data that appears on your screen. Trading platforms have started to draw more and more data over these last few years and that means they require more system RAM. Because of this, we’ve upgraded all our trading computers to include at least 16GB of system RAM by default. Additionally, all of our trading computers are use upgradable up to 64-128GB of RAM so as trading platforms start using more data in the future, you can upgrade your system with non-proprietary RAM to keep your trading PC modern.

We’ve performed a great deal of testing with all the major trading platforms and our current rule of thumb is you should specify your day trading computer with approximately 4GB of system RAM for each monitor you plan to use. So if you plan to run a 4 monitor multi-monitor array, then your trading pc should be configured with at least 16GB RAM. As always, having a ton of extra RAM won’t hurt anything, but it won’t speed up your trading either. With RAM, you simply need ‘enough’. What does that mean? Let’s look at a quick example – if your trading software is trying to access 17GB of RAM, and you only have 16GB of RAM installed, that extra data gets spilled over onto the ‘paging file’, which is ‘virtual RAM’ space that is created on your solid state drive and that process of spilling over takes about 10 to 20 times as long as using available system RAM – obviously that’s something you want to avoid on a trading computer! If your system had 24GB of RAM installed, and the trading software tried to access 17GB, there would be no delay and you would have smooth data processing – nice! So you need enough RAM that you never overload it, but you don’t need so much RAM that it becomes a waste of money. You can quickly get an idea of how much RAM your system is using by opening the Task Manager within Windows, go over to the ‘Performance’ tab, and look on the left side where it says ‘Memory’. That gives you a real-time readout of how much RAM is currently being used. Fire up your trading software and try to tax it. See what kind of figures get reported for your RAM usage. Of course, adding more monitors, charts, data, multiple platforms (that’s a big one!), indicators, browser tabs, etc all eat up more RAM so specify your Orbital Trading Computer accordingly, or give us a call for help figuring out the right amount of RAM.

One interesting feature we’ve noted over the past few years is video card bitrate or bandwidth has a surprisingly remarkable effect on trading platform responsiveness. We’ve spotted this trend within Think or Swim and Tradestation, specifically, though I suspect many other trading programs have this behavior. (As a side note, both of those programs are excellent trading platforms and highly recommended!) Trading has never really been a terribly Graphics Card intensive process, so we generally would prefer to use a moderately specified video card with moderate amounts of video RAM and CUDA Cores/Stream Processors, while focusing mainly on having great multi-monitor support. We have shifted from that thinking these days and place a great focus on the video card’s bandwidth, at least to a certain extent. Without going too far into the weeds, a basic rule of thumb is we only use video cards with at least a 128-bit interface. This larger interface allows more data to be sent from the CPU to the GPU and decreases the latency involved in generating and updating charts. When you type a new symbol in your charting software, having a higher GPU bandwidth will decrease any potential bottleneck in updating that data as fast as possible. Many of Orbital Computers’ competitors are still using out-dated and performance-crushing 64-bit interfaces on their video cards. We only build the highest-end trading PCs that will give you the best trading experience; as such, all Orbital Trading Computers GPUs are 128-bit or greater by default.

When it comes to trading performance, CPU single-threaded performance is still king. Your trading PC needs to have a high-frequency, multi-core CPU to compete with other traders on the open market. Our 2018 recommendation is the Intel Core i7 8700k with 6 cores, 12 threads, and a 4.7GHz Turbo frequency. This CPU is found on our Silenced Trader X2000. The 8700k CPU offers 12 CPU threads for heavy multi-tasking and processing of tremendous amounts of trading data without hesitation. While having multiple CPU threads helps process large amounts of data, the way CPU’s frequency (and modern architecture) determines its single-threaded performance, and that specification is what really improves trading PC performance. That’s because most trading tasks are still single-threaded and speeding those tasks up as fast as possible nets the biggest, most noticeable trading performance gains.

Think of the CPU like a highway. If you were trying to get as many cars through that highway without generating traffic, you could do two things – increase the number of lanes (i.e. increase the number CPU cores/threads) or you can increase the speed limit (i.e. increase the CPU’s operating frequency, which is the value given in GHz). In the case of trading software, most tasks are considered single-threaded, meaning even if you had 100 CPU cores, it would only use one core, at it’s maximum speed, at one time. That would be like driving on that highway in the middle of the night – there may be 8 lanes but if you’re the only car on the road, adding more lanes wouldn’t speed things up, only increasing the speed limit would. On our CPUs, that means turning up the Turbo frequency as high as possible and using the most modern CPUs available as GHz-for-GHz, Intel improves performance with every new CPU model they release. So a 2018 Intel CPU at 4.0GHz will be roughly 10-15% faster than a 2017 Intel CPU at 4.0GHz. Turn that 2018 CPU up to 4.70GHz and things will really be cooking.

The Intel Core i7 8700k, with the properly specified supporting motherboard, cpu cooler, and power supply, as found in the Silenced Trader X2000, provides the fastest Single-Threaded performance of any cpu on the market – even when compared against cpus worth many, many thousands of dollars. That’s a remarkable feat and seems almost unbelievable, but it’s true – take a peak at the benchmarks below. An inexpensive 8700k CPU, with an extremely high frequency of 4.70 GHz provides the biggest improvement for day trading computer performance in 2018. That is, when the 8700k CPU is built into a properly specified system with the correct supporting components and tuned properly. If the supporting components aren’t up to the task, that CPU will never reach its full potential. All our high-end i7 and i9 trading computers are configured with top of the line Gigabyte Ultra Durable and MSI motherboards, Noctua air coolers and Corsair water coolers, and Corsair Gold Certified power supplies with 10 year warranties. Every Orbital Trading Computer is individually hand assembled and supported in the US, and individually tuned and stress tested before shipment to ensure maximum performance and unyielding reliability.

The results of this public benchmark show the Intel i7 8700k, found in the Silenced Trader X2000, is the fastest CPU for single-threaded workloads, like most day trading tasks.

Over the past few years, there has been a great deal of trepedation when it came to what Operating System to use for your trading computer. Many of us were understandably worried that Window 10 wasn’t ready for live trading action. As of 2018, all the major trading platforms and charting packages have fully implemented Windows 10 support and there are no major concerns with using Windows 10 for your trading PC. Of course, if you are using proprietary indicators or third party software that is sparesly updated, it wouldn’t hurt to check with that program’s developers to see if everything is running smooth on Windows 10. Windows 7 will be losing security update support in 2020 and will be unsafe to use on a web-connected PC, so we strongly recommend all new Orbital Trading PCs be specified with Windows 10 Professional, however we can still use Windows 7 Professional upon request.

It’s no surpise that in 2018, most trading platforms have trended towards using more and more data. To handle that ever-growing data supply, your trading PC should be configured with as much memory as needed (roughly 4GB RAM per monitor), the fastest single-threaded CPU available (found on the X2000 trading PC), and video cards should have a 128-bit or better interface for delay-free trading experience. These requirements are evolving on a rapid basis and there are many, many other factors to consider when configuring your stock trading computer so please don’t hesistate to contact our trading computer configuration experts here. We only integrate the highest quality components in our trading computers and support them in-house, free for life. 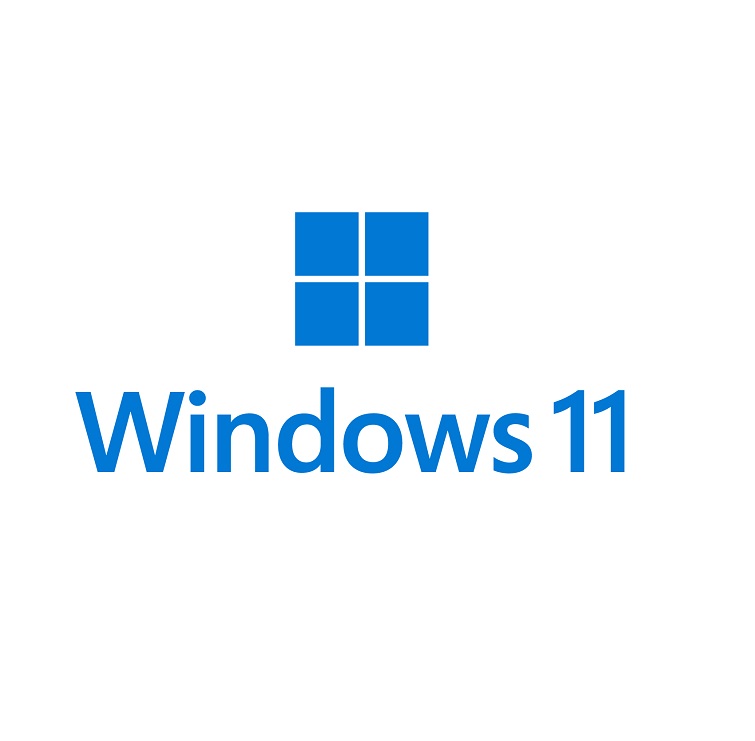