Call 877-976-7510 to speak to a configuration expert straight away. Mon-Fri 8-5 PST.
Email us 24/7. Tell us about your workflow and we’ll recommend the best possible system for your unique needs.
Click here for LAPTOP workstations. 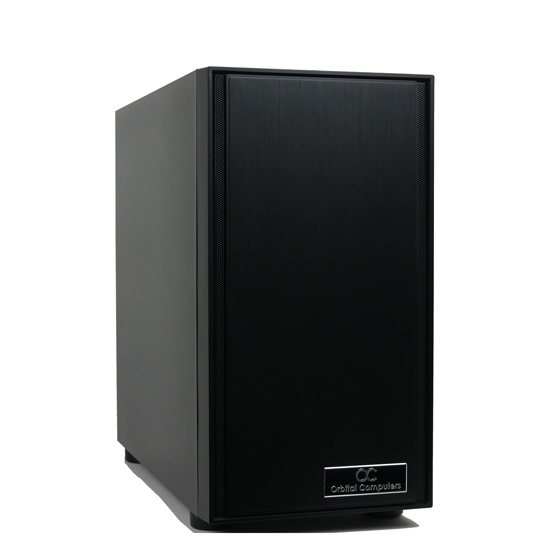 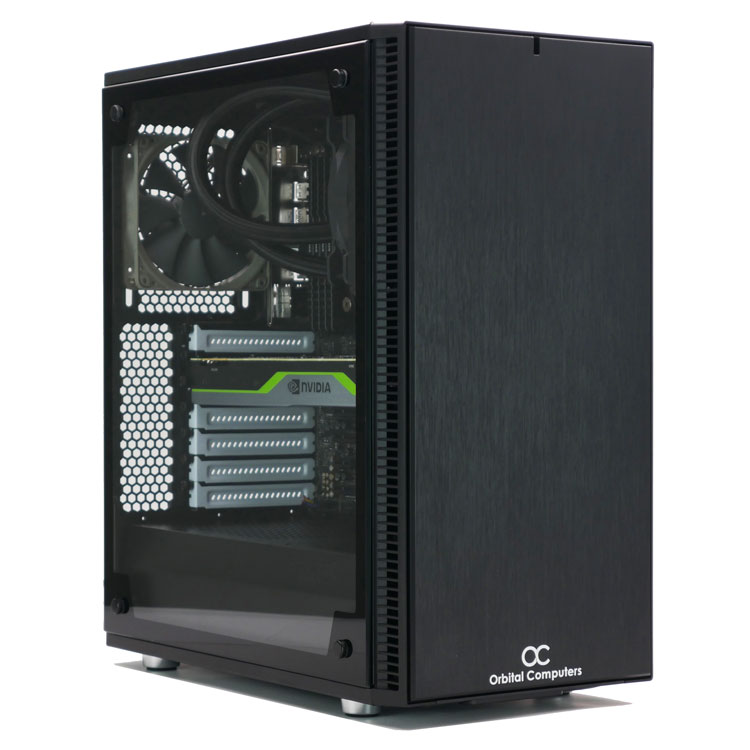 Highly recommended workstation with up to Intel Core i9 11900KF - Fastest Single-Thread PC. Generally provides the most usable performance possible for most tasks by optimizing single-thread speeds. 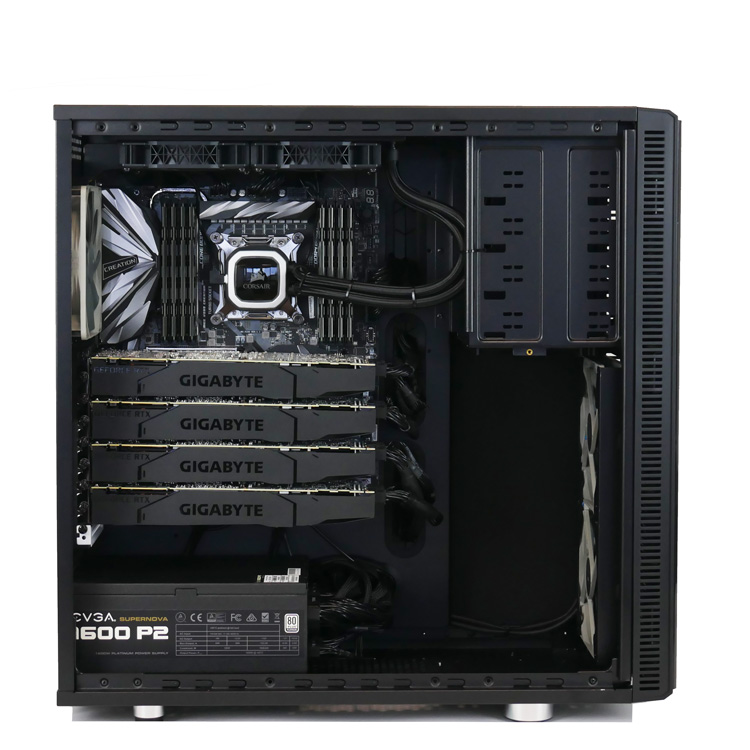 ¹ Free shipping to the contiguous 48 states, international shipping available. Sales tax is only collected for orders shipped within Washington State.

² The full selection of NVIDIA Quadro Professional Video Cards and Nvidia GeForce RTX cards is available with every workstation – select a system above to configure. If you need a card that isn’t listed on the site, contact us.

Highly recommended workstation with up to Intel Core i9 11900KF - Fastest Single-Thread PC. Generally provides the most usable performance possible for most tasks by optimizing single-thread speeds.

Fastest single-threaded performance and superb multi-threaded capabilities make the Silenced C2000 the ideal workstation for most workloads. Silence optimized, top of the line supporting components included by default. No cut corners - the best of the best.

Fastest multi-thread workstation with up to 18 cores & 36 threads. Best for Rendering & Simulation 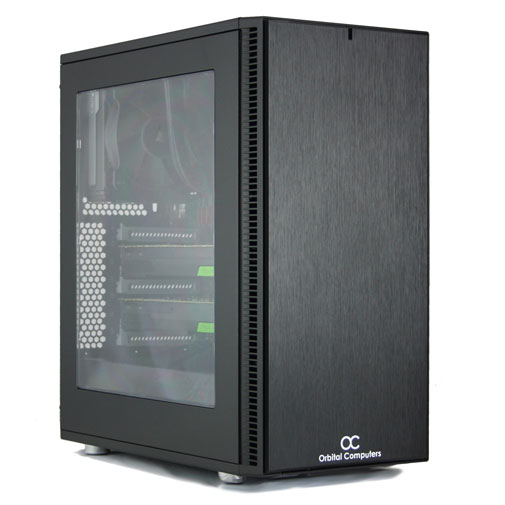 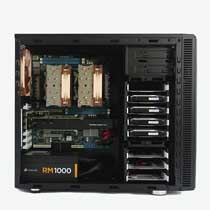 DaVinci Resolve 16 can make use of both the CPU and GPU to process visual effects including warp stabilization, color space conversions, blending, etc. Along with exporting, file encoding/decoding, rendering previews, Resolve 16 is a highly multi-threaded program, meaning it can make use of many CPU cores to significantly speed up many processes. Some tasks, particularly within the Fusion tab, are primarily single-threaded, meaning they will make use of a few cores at a time at their max operating frequency (value given in GHz). A strong video production CPU would be the Intel Core i9 10900k 10 core 5.3 GHz CPU found on the Orbital Silenced C2000. For Resolve power users, we would strongly recommend the Orbital C3000 Pro with an Intel Core i9 CPU with up to 18 cores, 36 threads at 4.8 GHz. Within Resolve, adding more cores and a higher operating frequency will usually keep increasing performance for its many multi-threaded tasks, but only to a certain limit. Adding more than 14-16 cores will generally not result in faster performance within Resolve.

DaVinci Resolve RAM recommendations: 32GB for 1080p workloads, 64GB for 4k, 128GB for 6k, and 256GB for 8k. All Orbital Computers Workstations are designed to be user expandable with non-proprietary memory modules; that way you can start with a lower RAM capacity to keep costs down and upgrade as needed in the future. All RAM used by Orbital comes with a manufacturer’s lifetime warranty on parts.

For most professional users, the Orbital C3000 Pro with an i9 18-core CPU and high-end RTX GPU is the recommended video editing workstation for Resolve. If your goal is to minimize rendering time, consider adding a second or third RTX 3000 Series GPU.

Choosing the right video card for Resolve is critical to maximizing performance. Resolve can make use of CUDA processing to dramatically improve encoding, rendering, and effects tasks. We recommend the Nvidia GeForce RTX line of video cards for Resolve as they offer massive amounts of video-RAM and CUDA cores and can be scaled up as needed to further increase your Orbital Computers Workstation’s performance. The Nvidia RTX 2070 Super is a strong option for many video production workloads while keeping budget to a minimum. For serious power users, the Nvidia RTX 3000 Series are the top of the line options. Resolve will generally make use of 2 to 3 GPUs to accelerate computationally heavy tasks so adding 2 or 3 GPUs will continue to increase performance in a nearly-linear fashion.

For most Resolve workflows, we recommend at least 2 solid state drives – one for your operating system and programs and another for use as a media cache/scratch disk and a large traditional hard drive for long term video file storage. Orbital Computers offers the fastest NVMe PCI-e solid state drives with individual read speeds over 3,500 MBps to provide major performance boosts with tasks like timeline scrubbing, file transfer, saving/loading, and much more.

Orbital Computers has been a leading professional workstation computer builder for over 7 years. We only build with the highest quality components, providing maximum performance, unbeatable reliability, and industry-leading in-house tech support, free for life. All Orbital Computers Workstations are built and supported in the USA.

3+ years parts and 5 years labor coverage included at no extra cost on all Orbital Computers.

Our engineers test components from all manufacturers and only the best hardware makes the cut and each PC is individually stress tested before shipment.

We never install excess software like the mainstream brands. Just a clean, machine, tuned to perfection and ready to go out of the box.

Each Orbital computer is purpose-built to match your workload. This is key to making our machines faster and lower priced than the competition.

TAILOR MADE FOR YOUR PROJECTS

Every Orbital computer is configured for the precise types of projects it will be handling. Contact us for a personalized build quote.

Our modular approach allows for fast and easy upgrades and repairs. Our desktops never use proprietary components, and are designed with upgradability and ease of use in mind.

What Our Customers Are Saying

“This computer is so quiet and fast without a single issue. Price is very competitive. I would recommend their comptuers to anybody, you can trust Orbital Computers. Tried and Tested.”

“With Orbital, you have a trusted, knowledgeable friend in your court. When I began researching trading computers for best price, speed and customer service, it didn’t take long to decide on Orbital and leave the others in the dust. “ 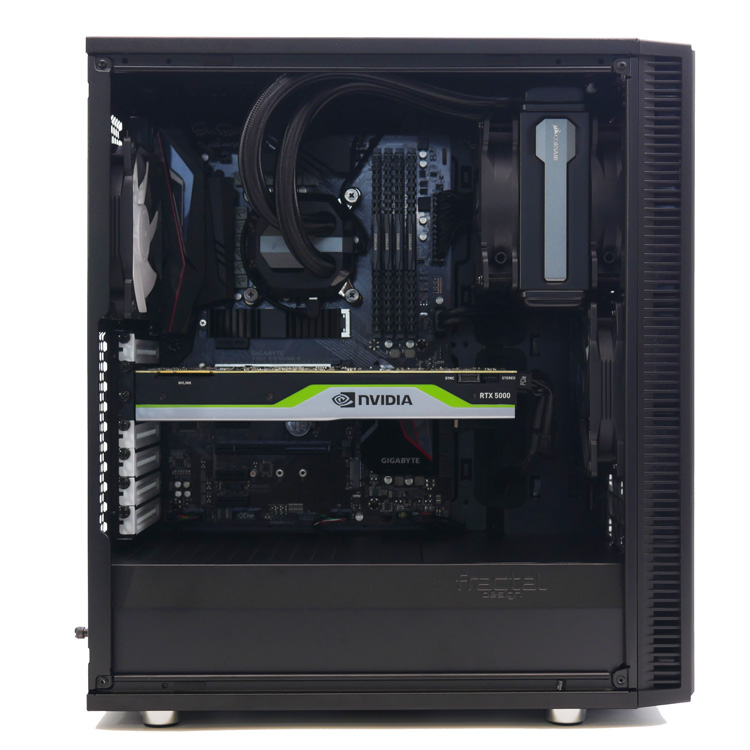 Built and Supported in America, Orbital Computers Workstations are serious workstations designed for serious work. We don’t cut corners. We put Stability First on all our workstation PCs. We know you rely on your PC to get your job done and we take that very seriously. Maximum up-time, peak performance, and unyeiling reliability is the promise we make to you.

Give us a call at 877-976-7510 and tell us about your project requirements. We’ll provide a free detailed system consult right away to ensure that your new hardware matches your software’s requirements perfectly. You’ll reach our Mukilteo WA office and will be connected to an in-house configuration expert straight away. You can also email us your questions and requirements for a quick response.