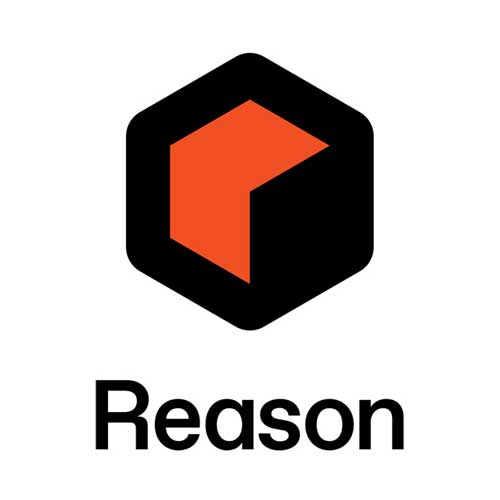 In order to maximize system performance, any high performance audio workstation must be built on the foundation of a strong CPU. We wanted to determine what the best CPUs for Reason 11 were from the choices available today.

We selected a spread of 5 CPUs to get a sense of how the current field handles Reason 11.

Clocking in at 5.1 GHz Max Turbo and 8 cores / 16 threads, the 10700K is no slouch for single-thread performance, also possessing solid multi-thread performance and currently priced several hundred dollars less than the i9-10900K.

A sturdy, competitive contender from Intel’s Xeon line (often used for servers) serving as a industry standard quad-core option, with many extra features for added stability and reliability.

A high-end Ryzen CPU from the attempted dethroners, AMD, priced to compete with Intel’s i9-10900K. Often offering an unmatched price to performance ratio for heavily multi-threaded tasks with its 16 Cores and 32 Threads. Compared to Intel’s 10th Gen offerings, this AMD unit is capable of fewer Instructions Per Clock and runs at a relatively meager 4.7 GHz Max Turbo – resulting in lower single-thread performance.

To test our CPUs, we settled on measuring the duration of audio exports, as it gave us a good way to quantifiably compare numbers between processors. We wanted a performance test that would be highly related to a CPU’s ability to render audio in real time, a big factor for improving audio production workflow.

With this in mind, we designed a sample song to provide a realistic and substantial testing load without going too far into power user territory. For our synthesizers, our test song included 6 Europa synthesizer tracks as well as a Subtractor bass track, all playing the same sequencer pattern melody. For our sample machines, we used a Redrum drum track and a Dr. Octorex sample track to round out our instruments. We leaned towards synthesizer-based production because they tend to be CPU intensive, whereas sample-based production tends to be more RAM intensive. Each instrument was also equipped with its own compressor, EQ, and reverb unit, all components that are also notorious for eating CPU resources.

We performed an audio export of the test song with each CPU. Each export went to a WAV file at a 48k GHz sample rate and a bit depth of 16 with no dithering. Each CPU was given 3 trials, with clear outlier results being tossed out.

Without further ado, here is what we found.

The Intel Core i9-10900K was the winner of our test but not by a colossal margin. The i9-10900K was only about 6% faster on average than the i7-10700K, leaving the i7-10700K with extremely impressive results for it’s cost. The Ryzen 3950X came in 3rd, with the i9-10900K still beating it by an approximate average of 8%. The i9-10980XE put up very underwhelming results, and seemed to be out of its element for this type of application. Finally, the Xeon E3-1275 v5 was not able to keep up and would probably also be better suited for other applications.

During the test we also took some task manager screenshots of logical core performance to get an idea how Reason 11 might be multithreading.
(Click image to open in full screen)

One important observation we made during our testing on the i9-10980XE is that Reason 11 seems to only make use of up to a maximum of 32 threads.

It appears that Reason 11 uses the first thread likely for its own software administration, evidenced by a choppy, low to medium percentage of usage (though only the developers that built Reason could confirm this). All of the other threads, with the exception of the last one, fill the role of workhorse threads, as they are maxed out on their usage percentage, with almost no dips. The last thread seems to be used to stitch together pieces of rendered audio into the file that can be written to the disk, as it is high usage and a little bit choppy but not being maxed out, percentage wise. The extent of these administration and background tasks that Reason performs are likely primarily single-threaded and likely contribute to the impressive results of the 10700K and 10900K, as those CPUs benefit from extremely high operating frequencies and top of the line single-thread performance. It appears that having more cores, even when they seem to be used to a great extent when viewed within the performance monitor, is not enough to make up for relatively low CPU single-thread performance. The practical recommendation for how to spec out a Reason 11 Workstation PC is to buy a CPU with a strong mix of single and multi-thread performance, with a strong emphasis on single-thread performance. The latest 10th Gen Intel Core i7 and i9 CPUs provide the best bang for buck, and best all-around performance.

Reason 11 benefits the most from the CPU having the highest clock speed possible and maximizing single thread performance. Good multi-thread performance is still useful, as Reason 11 will make use of up to 32 threads.

The i9-10900K was the key winner of our test, possessing a solid amount of cores and the highest GHz clock speed of all of the CPUs tested. The i7-10700K had an outstanding showing, earning its spot as the contender with by far the best bang for your buck. The Ryzen 3950X came within swinging distance but ultimately did not overtake even the i7-10700K. We hope to see better IPC performance from the next generation AMD processors – that should really bring AMD into more direct competition with Intel for many professional productivity applications. Don’t bother with the i9-10980XE if all you’re doing is Audio Production within Reason 11. The Quad-Core Xeon results should provide a decent reference point for how much performance can be gained by upgrading a several year old ‘standard high performance quad-core’ PC which may have a CPU like the 4770, 6700, or 7700.

If you want the ultimate performance, go with the i9-10900K.

If you want the best bang for your buck, go with the i7-10700K. That’s all for this Reason 11 CPU showdown! We’ll be back in the coming weeks with much more in-depth hardware testing content. We perform all these tests in-house in our Mukilteo WA production facility in order to better serve our customers with top of the line hardware that’s properly matched to your software. At Orbital, we understand the hardware and software must work in harmony to maximize performance and stability while keeping needless costs down. We’re committed to developing and supporting the best professional workstations possible by actually testing our hardware with the applications you’ll be using on our PCs.