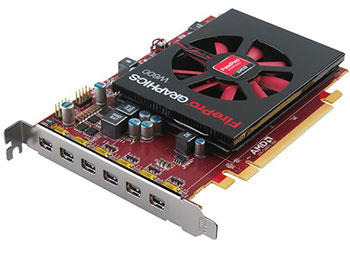 Welcome to the Orbital Computers blog! In this series of articles, we are going to outline some of the most important topics to consider when purchasing a stock trading computer. We’re going to cover hardware reliability, performance, and suitability for day trading. I’ve tried to condense the info as much as possible, but when we’re dealing with a topic so complex it really requires a more thorough explanation. If you have any questions about any of the topics covered in this series or if you’d like Orbital Computers to build a stock trading computer for you, please feel free to contact us here.

A few weeks ago, we began our series of articles on the basics of stock trading computers. We briefly discussed why reliability is the most important specification of any stock trading computer and we introduced a few key components in that ultra-reliable trading PC puzzle. We went over why SSDs make a better storage choice for most traders and we compared and contrasted that with traditional hard disk drives. We then discussed the relative merits of several Power Supplies for trading computers. If you missed the first post, click here to start from the beginning. In this installment, I will be going over trading computer system cooling. I hope you find it informational, and if you have any questions at all, please don’t hesitate to contact us!

The video card selection is one of the most important decisions you’ll need to make for your new trading computer. It comes down to how many monitors you want to display, how quiet you want your computer to be, and what kind of budget you’re working with. Fortunately, there are several very good choices for a trading computer video card available on the market today, and most of them are at very reasonable price points.

The number one factor for most day traders is how many monitors they want to run. Most video cards on the market today support somewhere around two to three independent displays, but there are a few that can support up to 6 independent displays on their own. Some motherboards will even all you to install more than one video card in tandem, allowing you to double or triple the number of video cards in the system – and thus double or triple the number of monitors you can run. You’ll want to double check that your monitor will support the display connectors that the video cards use. The most common connector is the DVI port which is found on almost all high resolution flatscreen computer monitors manufactured in the past 5-6 years. The next most common connection is the HDMI port, but on most modern video cards this isn’t the primary connector. The third most common connector is the mini Display Port. These connectors are really great because they make it simpler for video card manufacturers to develop GPUs with significant multi-monitor capabilities. The only downside is they require either a Display Port capable monitor or relatively expensive mini Display Port to DVI active adapters.

Which brings us to our next topic: adapters. Adapters can be incredibly useful for connecting rare video card connectors to the more traditional monitor connectors. For example, you can purchase an active mini Display Port to DVI adapter for about $20-30 that will convert the signal transmitted by a display port GPU to a signal the DVI monitor can make sense of. These adapters have active circuitry onboard that makes these modifications. Passive adapters are useful when the signal you are transmitting doesn’t need to be actively modified to be displayed on a DVI monitor, it just needs to have the correct connection. They are considerably cheaper than active adapters ($3-$10) and very easy to find. Notable examples are the HDMI to DVI connector, VGA to DVI adapter, and mini Display Port to full size Display Port adapter. The important thing to keep in mind here is what kind of connectors your monitors have on them. If they have display ports on them you can use a video card with mini Display Ports and passive adapters without any issue or extra expense.

The next important factor to consider is noise production. This can vary significantly not only between different video card types, but even within a single video card family. Take for example the GT 610. Two solid options are the EVGA GT 610 with a small heatsink and a small fan or the Zotac GT 610 with a massive aluminum heatsink and no fans. The Zotac will be significantly quieter because it doesn’t have any fans on it. Most video cards can’t get away with running without a fan as the GPU chip produces too much heat to be dispersed passively, but the GT 610s are cool running video cards so they run into no issues in the heat department. The one thing to consider with the Zotac is that the heatsink takes up a significant amount of space, often blocking off a PCI lane or making it impossible to install a large CPU heatsink, so keep that in mind as you’re making your GPU decisions. That’s just to illustrate an example, as there are dozens of good GPU options for a trading computer and each of them have different noise levels, so it’s always a good idea to check with us or online component reviews to find the decibel levels of a specific GPU you’re interested in.

There are 4 basic GPU models that you can readily choose from for a trading computer. Two are developed by AMD – the Radeon Series or the FirePro Series, and two are developed by NVIDIA – the Geforce Series and the Quadro/NVS series. Radeon and Geforce are the gamer oriented GPUs; they offer massive performance, acceptable reliability, and often very good multi-monitor capability for extremely affordable prices. The FirePro and Quadro/NVS Series GPUs are the business oriented GPUs; they offer incredible reliability, amazing precision, generally quieter and cooler operation, massive multi-monitor capability (albeit almost always through many mini display ports which require display port monitors or active adapters), and are significantly more expensive.

Fortunately, stock trading workloads are very easy on GPUs, at least compared to the other kind of work that gets thrown at them. You’re basically just asking them to stream relatively small amounts of data to several monitors at a time at a very low GPU load level. The CPU has already done all the hard work of processing the data, it now just needs to be displayed. These are often GPUs that are specifically developed to be constantly rendering dozens of 3D image frames per second at extremely high resolutions for video games. Or they’re developed to perform computer aided design or GPU accelerated calculations for massive engineering or scientific problems. These sorts of uses are far beyond what stock trading requires, so it’s advisable to not go overboard on GPU raw power for a trading computer. I’d recommend getting the most economical and sensible GPU for your particular use. For example, if you only need to run 3 monitors for stock trading, then there’s really no need to buy a $600 FirePro GPU when a $100 option would work just as well for the same job. There are endless options, but I’ll highlight some of the more popular ones below.

This is one of our favorite GPUs. It’s extremely affordable and can display two independent monitors from the same card AND you can run more than one of them in your system (provided there are enough PCI-e x16 lanes available on your motherboard) to effectively add two more displays as your system expands. Excellent options are the EVGA GT 610 which uses a relatively quiet (but still audible) fan and small heatsink, or the Zotac GT 610 which has no fans on it and instead uses a large aluminum passive heatsink to cool off. Both of these GPUs have 2 DVI ports and 1 HDMI/mini-HDMI port on them, and you can run any two of the three ports on each GPU at the same time. So if you have 2 of these GT 610s in your trading computer you can power up to 4 independent or simultaneous monitor displays. This is an excellent, economical option for most day traders! (Price – $50-75 each)

The GT 640 is a few steps up from the 610 and is based NVIDIA’s latest Kepler technology, which among other improvements, allows you to run more than two displays off the same GPU. The EVGA GT 640 has 2 DVI ports and 1 mini-HDMI port and you can run three monitors off the same GPU (or six monitors off two GT 640 GPUs). You’ll need a passive mini-HDMI to DVI connector which are available for around $5 and are included by us for free if requested on your build. (Price – $110 each)

The FirePro line of cards is AMD’s ultra high reliability, business oriented GPU. This card was developed specifically for business users who need four monitor displays and need to make absolutely certain their GPU doesn’t fail on them when they need it most! It comes with a passive heatsink, meaning no fan and no noise. It does have mini Display Port connectors on it though, so do keep that in mind. You can run two of them in tandem and power up to 8 independent monitors. (Price – $265)

This is the king of sensible trading GPUs. It can power up to 6 independent monitors on its own and is based off the ultra reliable FirePro framework. It’s cool, quiet, incredibly powerful, and also capable of being run in tandem for 12+ monitors. It is, in my opinion, overkill for most traders who don’t need to run 12 monitors. If you just need 6 monitors, more economical choices are 2 GT 640s or the 7750/7770 for significantly cheaper. However, if you want the Ferrari of trading GPUs, then here’s the winner. (Price $550 + any mini-DP to DVI adapters required)

As discussed above, it depends completely on how many monitors you want to run, if your monitors have Display Ports, and how much of a premium you’re willing to pay to get the most reliable GPUs possible. For most traders, I’d recommend something like 2 GT 610s with 4 monitor capability, or 1 or 2 GT 640s with 3-6 monitor capability. That usually gets the job done without busting the budget. They won’t require any expensive and sometimes finicky active adapters to use with most standard monitors. If you really want the maximum reliability possible, then the AMD FirePro line of cards is an excellent choice, just keep in mind the connectors your monitor uses.

Part 6
Tags
You may also enjoy these Related Articles 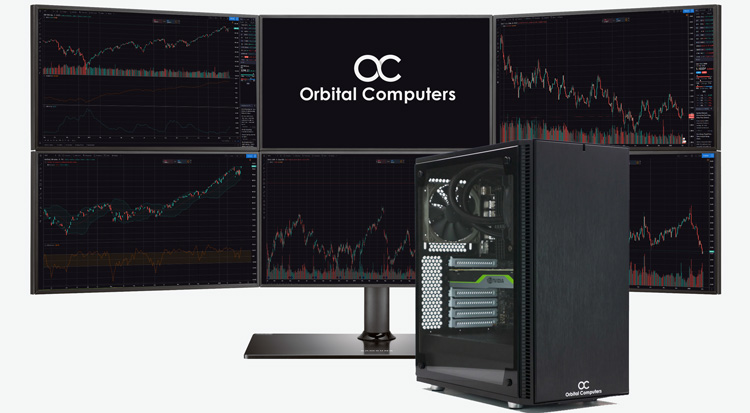