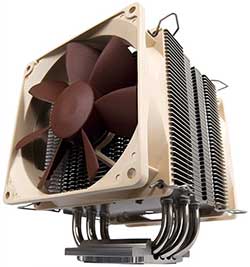 Welcome to the Orbital Computers blog! In this series of articles, I am going to outline some of the most important topics to consider when purchasing a stock trading computer. I’m going to cover hardware reliability, performance, and suitability for day trading. I’ve tried to condense the info as much as possible, but when we’re dealing with a topic so complex it really requires a more thorough explanation. This will be a series of several posts, so look for updates every week until February 2014. If you have any questions about any of the topics covered in this series, or if you’d like Orbital Computers to build a stock trading computer for you, please feel free to contact us here.

A few weeks ago, we began our series of articles on the basics of stock trading computers. We briefly discussed why reliability is the most important specification of any stock trading computer and we introduced a few key components in that ultra-reliable trading PC puzzle. We went over why SSDs make a better storage choice for most traders and we compared and contrasted that with traditional hard disk drives. We then discussed the relative merits of several Power Supplies for trading computers. If you missed the first post, click here to start from the beginning. In this installment, I will be going over trading computer system cooling. I hope you find it informational, and if you have any questions at all, please don’t hesitate to contact us.

A reliability optimized stock trading computer absolutely must be built with special attention paid to system cooling. Most modern computers will completely shut down without warning if they begin to overheat, in an effort to save the components from damage. Needless to say, that presents a major problem for stock traders. To quickly summarize the different types of fans in your computer, an average desktop computer will have two or more case fans for air intake and exhaust, CPU fan(s) attached to an external heat-sink to cool off the sizzling Central Processing Unit, Video Card fans (if applicable), and usually one fan built into the power supply (discussed in the last article). I’m going to highlight some important considerations for your trading computer’s system cooling. This is one of the most vital, yet frequently overlooked systems in high-end computer builds. You could spend $2,000 on a fancy trading PC, but if it immediately overheats and shuts down, it’s no good! Fortunately, optimizing your trading computer’s cooling system is cheap and easy.

As we all know from basic physics, warm air rises and cool air sinks. We are able to leverage that principle when building trading computers by positioning our intake and exhaust fans in the appropriate locations. Most computer cases on the market today have an intake port at the bottom front panel and a rear exhaust port in the top back of the case. This allows the computer to draw in cold air from the bottom, lets it rise up through the case cooling off all your components in the process, then exhausting the hot air out the back. Most trading computers will only need 2 or 3 case fans to aid in this process, however, notable exceptions can occur when you have several large video cards or an unusually hot CPU that simply needs more airflow to keep the temps down.

The CPU cooler is by far one of the most important components in a trading computer. It’s one of the few components that will actually keep your PC from completely shutting down without notice due to overheating. It’s job is simple: draw heat away from the CPU and disperse it throughout the heatsink to be removed by the case airflow. The CPU cooler accomplishes this by placing several heatpipes directly against the CPU lid (with some high quality thermal compound in between the two to aid in heat transfer). These heatpipes, usually composed of sealed copper tubes, are filled with a liquid that evaporates upon exposure to high levels of heat. This evaporated liquid travels up through the tubes, where they make contact with dozens of aluminum fins that comprise the heatsink. The aluminum fins passively draw the heat away from the copper tubes, while large high-flow fans actively push air through the fins, removing the heat for exhaust by the case fans. The now cooled steam in the topmost parts of the copper tubes condenses back into liquid, trickles down inside sealed copper tubes to make contact with the CPU lid to be heated and evaporated all over again. It’s important to note that these copper tubes are SEALED, meaning there is no chance for the cooling liquid to leak out of the tubes and damage your components.

Most CPUs on the market today come with adequate CPU coolers, in terms of raw cooling performance. However, there are at least two other important considerations: noise and reliability.

The standard CPU coolers that come with Intel and AMD CPUs are generally quite noisy. This is mainly because the fan diameter is fairly small (70mm-80mm) when compared to a full-sized aftermarket air cooler(120-140mm). This means to accomplish the same amount of cooling, the smaller fan must spin at a faster speed. The stock Intel cooler can exceed 4000 RPM under stressed conditions while a high-end Noctua air cooler fan will top out at around 700RPM. This makes the system considerably quieter and increases the lifespan of the CPU fan, which as we’ve already discussed, is critically important for any computer. If you really want to minimize the sound of your trading computer, consider getting a nice aftermarket CPU cooler. The recommended options are discussed below.

One of my favorite aspects of some of the newer CPU coolers is their adoption of dual fans. If your one and only CPU heatsink fan fails, your computer will almost certainly shut down without warning. But having a second CPU heatsink fan will help keep the computer running cool enough to give you time to exit your trade and deal with the issue. The second fan uses a completely independent fan header on the motherboard, meaning if one fan fails, the other should still work. Always look for ways to add second levels of redundancy to your trading computer. Two CPU heatsink fans are twice as reliable as one and such a cheap addition to your build can help prevent problems in the future.

Most consumer-grade CPUs on the market today come with a factory CPU cooler included at no additional cost. These CPU coolers are often quite adequate and capable coolers – they do their job of dissipating heat from the CPU well enough. The main problems are they almost always lack redundant fans and they can be quite noisy. They also won’t be powerful enough to cool the highest end CPUs (‘K’ variant Intel Core i7s, Intel Xeons, etc.)

A nice air cooler with 1 or 2 fans is an excellent, logical upgrade to any stock trading computer build. They usually cost anywhere from $75-$125 for top of the line models. Our favorite ones at Orbital Computers are the Noctua NH-U12S (1 Fan) and Noctua NH-U12P (2 Fans). Both come with a massive heatsink capable of dispersing all the heat from the CPU with no issues and silence optimized, ultra-reliable fans with 6 year warranties. This is a definitely recommended upgrade for any trading computer!

Liquid coolers utilize a radiator and pump design to circulate liquid from the CPU area into a radiator with dozens of fins being actively cooled by fans. We do not recommend water coolers for the majority of trading computers. The number of moving parts and points of failure of a water cooling system are far greater than that of a high-quality air cooler and for this reason they should not be used. If any one of a water cooler’s components fail (pump, fan, tubing, etc.) the entire system will stop cooling the CPU adequately and your CPU will surely overheat and shutdown. The cooling capacity of a high-end air cooler from a trusted brand like Noctua will be your best bet.

Well there you have it! All you wanted to know about computer cooling systems and more! The important points to take away are that aftermarket CPU coolers are a strong, low-cost upgrade for any stock trading computer, offering increased reliability through fan redundancy, drastically improved system cooling, and decreased system noise. A very capable high-quality CPU cooler can be had for less than $50, making it the perfect addition for your trading computer!

Part 4
Tags
You may also enjoy these Related Articles